Brenda turned 16 on Saturday January 31, 1981. The next day we celebrated with all the Ziemkes’ as well as Dan and Shar, Debi and Chic.

In April, a bunch of students from CBC were here to do a drama about the Yadon family. I kept 19 girls plus Darlene and a married couple in our home. Another family hosted the boys. I fed all 40 of them breakfast on Sunday morning.

On a Monday in June, our family went on vacation to Canada. We met the Sargents and Ens at Green Lake. Bonnie, Bridget, and I took a canoe around an island on the lake enjoying the sun. Soon, however, the rain started. We tried fishing at Watch Lake but gave up and decided to drive to Hope, British Columbia, to a motel. There, in the rain, we fixed dinner and played games.

On Friday, we stopped at the Flintstone Bedrock City and hiked to Bridal Falls before going home. It wasn’t the vacation we had hoped for but, after all, it does rain in the Northwest. The next day, the kids went to Seattle Center with Frieda. Tami had arrived the day before to spend the summer at Jeff’s and went with them. On July 4th we went to Commencement Bay for fireworks.

We bought our first and only diesel car; an Olds Cutlass, a sort of silver-green color called “Jade”. Brenda made the mistake of putting gas instead of diesel in it one time and a mechanic had to empty and clean the tank. Fortunately, it didn’t hurt the engine; it just ran a little rough for a while.

For five years, 1981 to 1986, we had “small groups” in the church called “Philemon’s Fellowship”. Some of them taught “Search for Truth” with pictorial flip-charts. They met once a month, on Fridays, in place of prayer meeting. It was another good way to get people involved and acquainted.

Brenda started work at McDonalds in September, 1981. Brad got contacts about the same time.

1982 – Life Happenings and Jesus Of Nazareth

On January 1, 1982, we went to Ski Acres with Ron and Cindy and kids. Pastor Bridges, Joe Horan, Matt Marth, David Peterson and Niki Goins also went. Gene enjoyed skiing until he did a three point landing and separated his shoulder. Brad and Matt learned. Anthony Ens (age seven) was hit by a car when he sledded down a short hill onto the road. It didn’t seem he was hurt, just shaken up. Later in life though, he had some problems with his jaw.

Quick Quotes from my letter to Mom January 1982:

Brenda (17) has started working at the church on Saturdays, and some after school hours, as receptionist. She does filing, typing, and cleaning the office. Brad (15) is taking woodshop, metals, and assisting his teacher in leathers besides his regular studies. Bridget (12) is content being 12 and not trying to be a teenager yet. She has started doing my ironing on Saturdays (for a fee).

The girls and I had a color analysis done the other day – to find out what colors are best to wear. I am a winter – best in vivid true colors as purple, red, light blue and royal blue, etc.  Brenda is a summer – best in many different shades of blues and pinks and some dark colors – blue and brown. Bridget is an autumn and basically looks good in autumn colors of gold, orange, brown, and green hues.

In March, we took a weeks vacation from our busy lives and flew to Phoenix. During the trip to Phoenix, we found out another couple had left to go to Sam’s church. After pouring ourselves into people for so many years, this caused a lot of sadness. We hadn’t learned how not to take these events personally. It didn’t make sense. We felt so disappointed, hurt, and even betrayed.

Even Phoenix wasn’t the greatest weather during our trip and Gene’s asthma was bothering him. It felt like we were “imploding” (collapsing emotionally just by having a time of rest). We met with friends who now lived there, the Van Cleaves. Jeff and Frieda were there part of the time. We visited local Pastors (Bibbs and Abbotts) and Churches, shopped, and ate out. We were recommended to stay at the Radisson Resort but it was $110/night. We didn’t stay but walked around the grounds a bit enjoying the massive pillars along the walkway and just releasing some stress. I think I shed a few tears. The Chamber of Commerce helped us find less expensive lodging at the Phoenix Inn Suites. It was nice but mediocre at $56/night. We ended up going back to the Radisson for the last couple of nights.

In April, we went to Ecuador as guests of Hack and Sharon Yadon, missionaries there. We both spoke at events, and Gene accompanied Hack by boat to some very primitive outstations. The Maki’s stayed in our house with the older kids and Bridget stayed with Grandma Ziemke while we were away.

Early in the 80’s, after I had attended two or three women’s conferences, I gave a seminar for our women and we developed our own marriage seminar called, “For Better”. We printed fill-in-the-blank workbooks. It took about four sessions to complete, either one weekly for four weeks, or a Friday night and all day Saturday. After presenting it at our church, we were invited to Germany to do a marriage retreat for the American Servicemen and wives there. We also gave it at a marriage retreat in Nanaimo, Canada, a church in Sturtevant, Wisconsin, and later in Rupert, Idaho. Our own marriage may not have always been perfect but we had committed early on never to use the “D” word (divorce). When that is even mentioned in a marriage it can open the door wider for divorce to happen.

In the fall, Brenda worked at the fair for Murphy’s BBQ. Bridget turned 12. Up until now Bridget was always by my side. At age 12, she became more independent and would almost never be found with me. Our District winning Bible Quiz Team went to General Conference in Salt Lake City and came in 9th overall. We took our family to the conference in our recently purchased van. 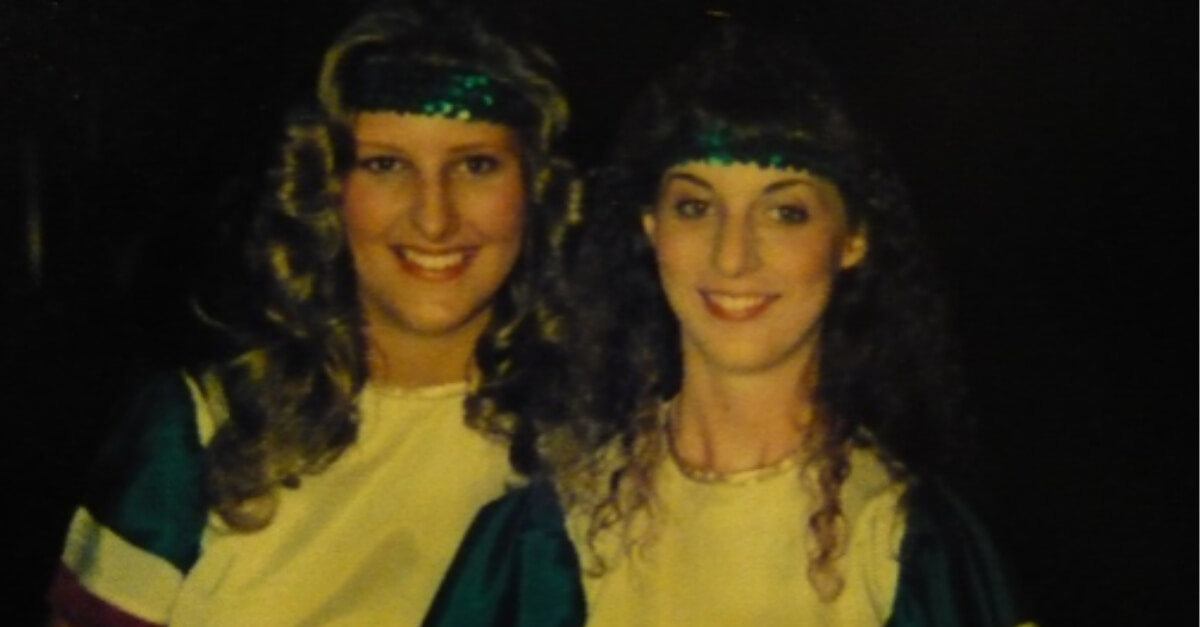 We had attended a General Conference of the UPCI in 1980. There, Billy Bob learned we had a 40 acre property. He talked with us about a drama he was hoping to put on, called “Jesus of Nazareth”. We invited him to come and check out our area. He directed our congregation in a one-time drama inside the church called “Got to Tell Somebody”. Our congregation rallied to it and we had a good turn-out from the community. The plan was laid out to develop an amphitheater on our new property at 144th and Meridian. Within six weeks, we constructed the set for the streets of Jerusalem complete with the temple, upper room, market, Peter’s house, pond, Golgotha, the tomb, etc. Costumes were sewn. The cast was chosen and trained and the performance put on for several weekends in the summer of 1982. The original excavation that had been dug for a sanctuary with daylight basement was sloped off for amphitheater seating.

I had a love/hate relationship with the drama. I loved what it did for people in bringing the Bible to life. We had reports of many who gave their hearts to God because of it. I hated the way it disrupted our family life. No more 5 p.m. family mealtimes. Everyone was rehearsing or working or performing at the amphitheater. It was also difficult and tiring work. I was in charge of the ladies dressing room which was a large trailer without air conditioning. Because there were animals as a part of the play, flies were abundant. It was hot and miserable. Then there was the laundry. So many costumes had to be laundered daily and many dry cleaned from one week to the next.

Our children played different parts in the drama and, of course, Gene was the emcee to greet folks at the beginning, intermission, and give an altar call at the end. Brenda, along with Joan, played attendants to Pilot. Brad rode a horse as a Roman soldier. Bridget was one of the townspeople. We have many saved mementos and pictures of this event in a separate file. 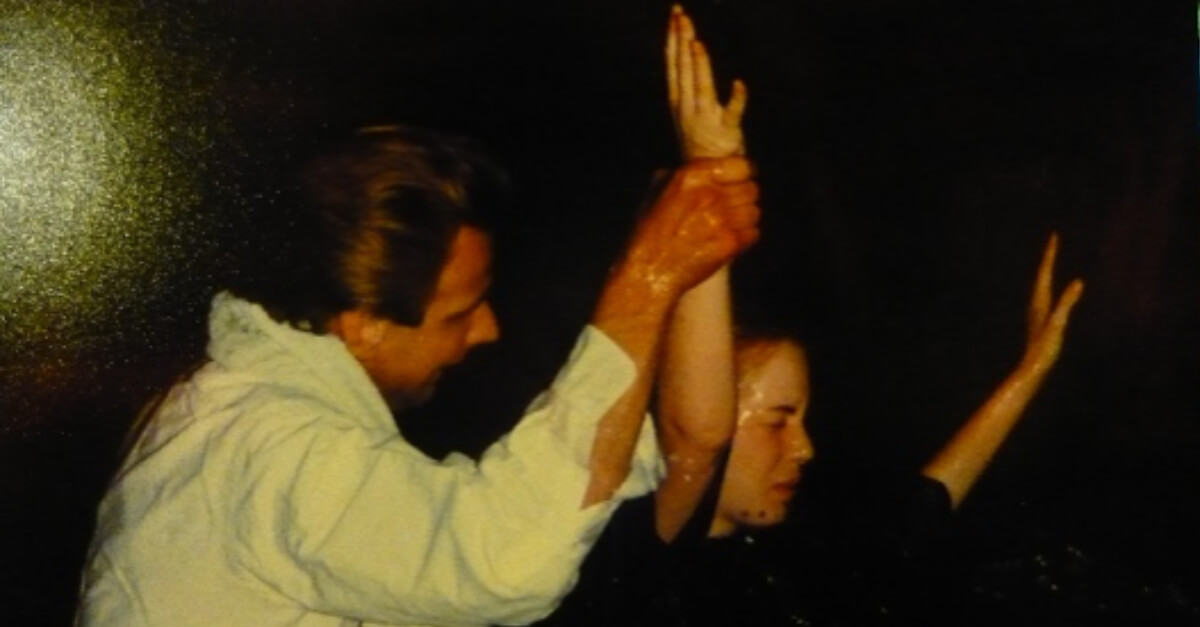 During the preliminary preparations and rehearsals, the Bob family lived with us in our big upstairs room. I usually made a company type dinner for them. Everyone was so busy and on different schedules, it was a little stressful, however, I was accustomed to having guests. One night (in a hurry) I threw some fish sticks and tater tots in the oven and served it with a salad.  Billy Bob complimented it as the best dinner I’d served yet. He was a junk food junkie. Eventually, they got their own apartment with rented furniture.

Thousands of people attended “Jesus of Nazareth” at the outdoor Amphitheatre and it continued to run over 25 years. We were there for the first four seasons and up to the fifth. It left many fond memories in the hearts of those who were a part, even to this day some are asking for a reunion of the early days of Jesus of Nazareth.

Our “Roman Soldiers” rode in the local Meeker Days Parade.

Next: Moved With Compassion