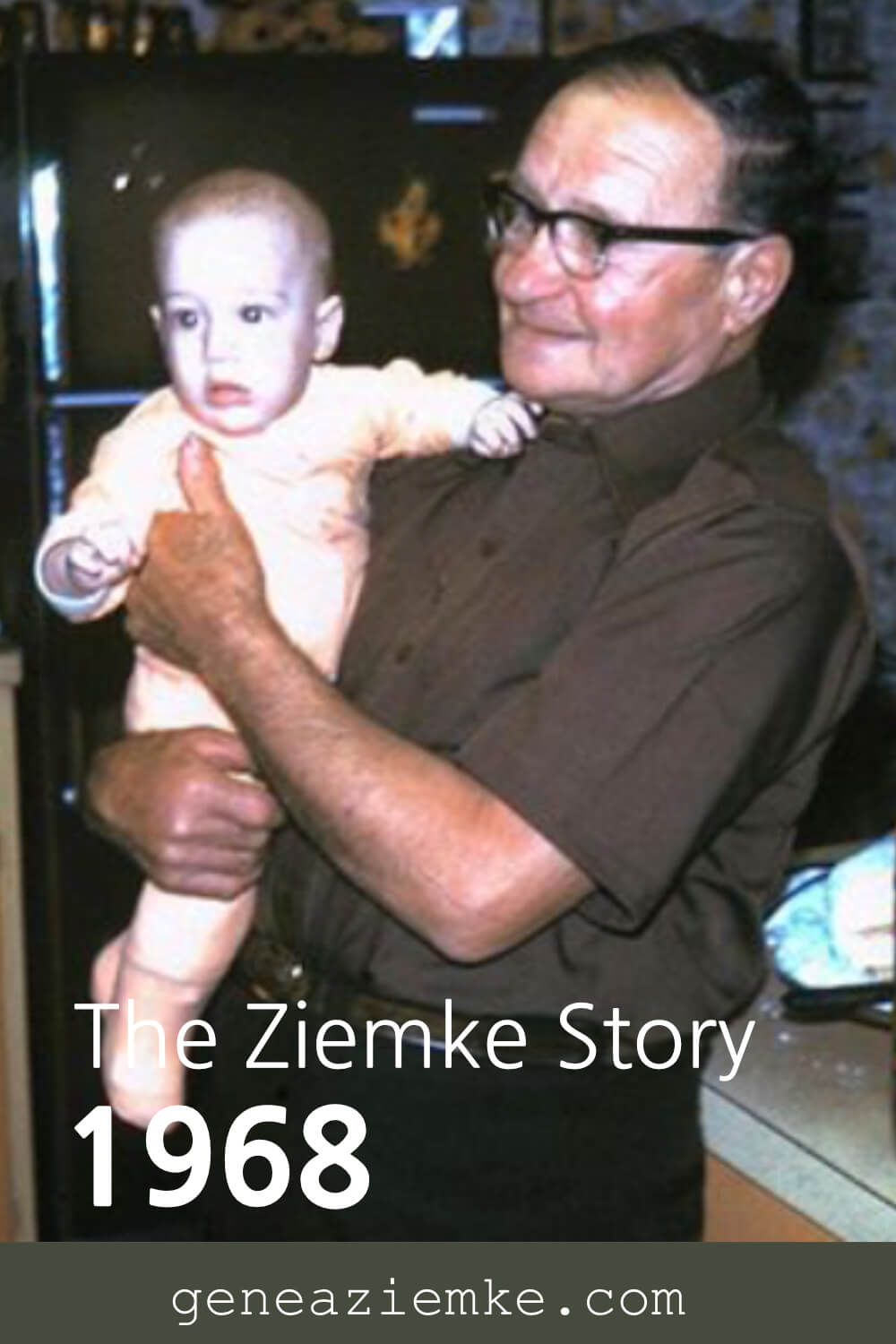 It was about a two and a half hour drive to Portland and we often had reason to go for special meetings, to attend an event at Conquerors Bible College, where my brother Rich was now attending, or just to visit my sister, Lavonne (Bonnie) and her husband, Joe Sargent.

We had a pleasant afternoon and nice supper at the Sargents.  Little Spencer is sure growing.  We always have so much fun at Bonnie’s.  She is such a sweet hostess.  We had the Winiarczyks with us and Daryl Becker, and she made them feel right at home.

The kids are up from their naps now. They had hot dogs for lunch. Brad ate his and most of Brenda’s.  When he woke up, I gave him a piece of candy – the chocolate covered round mints, you know.  Then I went to vacuum my room.  When I came back to the kitchen, he was on a chair by the cupboard and had just taken the last mint out of the box – there were 6 or 7 left.  A few minutes later he was eating the last carrot from the relish tray – and a few minutes later had found ¾ leftover hot dog and devoured it.  Then he came to the table in search of something else.  I handed him a glass of water which he drank so fast that when he put it down, his face was white with red splotches, eyes red, and gasping for breath and coughing.  That’s my Brad.

When we had to leave the house on Chrisella Road, we found a little house to rent just a block or so from the church, across the street from train tracks.  Mr. Snow was a very kind landlord.  Mom Ziemke had given us her old living room curtains, so we used them in this house.  They matched the furniture we had been given.  I enjoyed decorating this place and thought it looked nice.   The rooms were small enough that there was not much empty or undecorated space.  The front door brought you in to what could have been a dining room, but there was enough room in the kitchen for our table and chairs, so we just used this room as an entry.

It was in this room, next to the oil stove, that little Bradley, at age 2, was sitting on the floor playing with keys and stuck them into an electrical socket.  It shot out flames with a loud bang and he was thrown back on the rug a couple of feet.  He was fine but it was a bit scary.  Gene prayed for him right away.  It seemed like he expected him to fall over and die.

When Brad first learned to talk, he put an “a” sound at the end of each word.  It made him sound a little like an Italian.  When we visited my folks on the farm the same time Sargents were there, Spencer and Brad were running around the circle through the kitchen and living room over and over.  Mom had just baked a batch of chocolate chip cookies and they were on the tea cart.  As they ran past, Spencer collided with it and all of the cookies fell on the floor.  Brad said, “But Ia wanteda soma dema”.  One of those things you never forget.

Eventually we got an old piano (1969).  It had been painted with what was known as “oatmeal” paint; a thick mixture of beige/brown paint with black and white flecks.  Gene traded a lawn mower for it.  I took on the refinishing project.  It took me literally three months to strip it, using a seam-ripper to get in all the little crevices.  We had a gold carpet on the floor.  It looked nice but got dirty very quickly.  I was routinely scrubbing it on my hands and knees.

We painted the kitchen blue and put a blue/green designed contact paper over the linoleum counter-tops.  It held up very well and looked so much better than before.

The bathroom had a claw-foot tub.  We put washable wall to wall green/black tweed bathroom carpet in.  Our bedroom was on the main level.  On the upper level there was an open room at the top of the stairs where we put Brad’s bed, a wide hall big enough for a bed for Brenda, and a separate bedroom at the opposite end we fixed up as a guest room.

There was a small, one room, basement just off our bedroom.  We put an orange carpet on its uneven floor and used it for a study/work room.  We had book shelves, a desk, the sewing machine and an ironing board there.  I loved having a place out-of-view that could be used for that purpose without messing up the rest of the house.  The washer and dryer were on the porch.

The yard was fenced and there were bushes all along the side next to the busiest street, it felt safe.  The kids got bunnies and Gene built a cage in the yard for them. 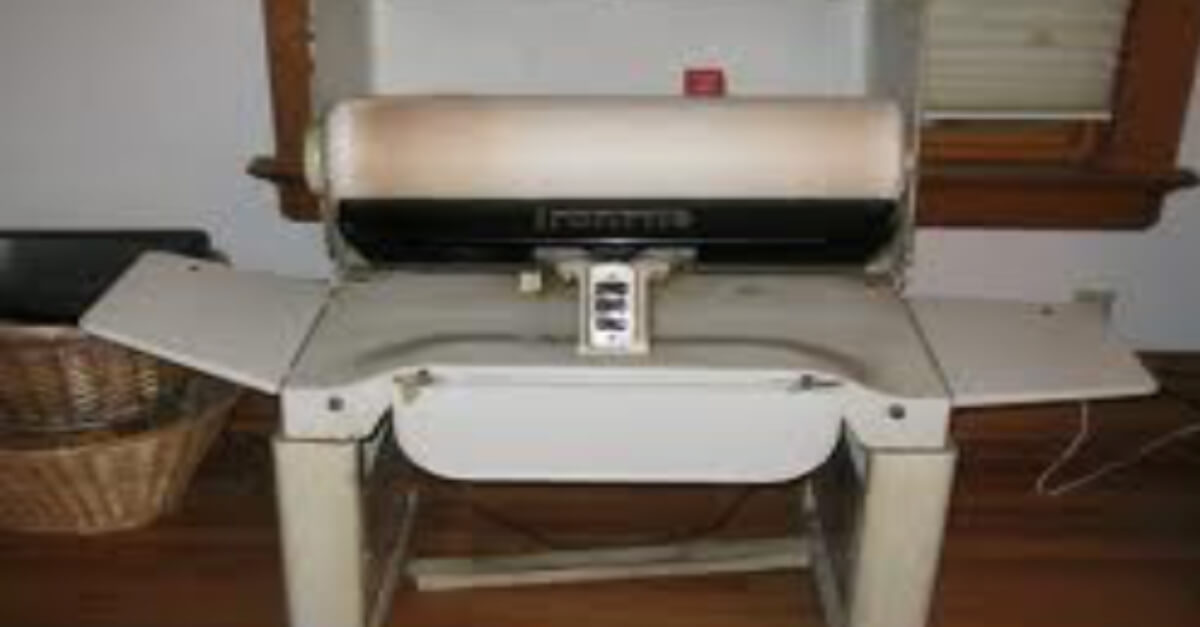 I got a used mangle ironer and enjoyed ironing the flat items like pillow cases and tablecloths with it. My Aunt Millie had had one and Always admired it. So this was the chance to get one of my own.

It was a bit of an adjustment living so close to the train tracks.  It seemed trains went by more often during the night.  After a while though, we hardly roused from sleep.  We enjoyed this house and its location very much.  It was nice being close to the church.

Teen-aged JC McCormick lived across the street and started coming to our church.  He loved playing guitar.  He liked coming over to visit and play with the children and spent a lot of time at our house.  In later years, he became a businessman with a music store in town.

Sister Meiers, who lived in an apartment along the side road by Safeway, was a regular attendee.  Gene was unaware that she had a tendency to fall when being prayed for.  She came forward for prayer one Sunday morning.  From the platform, he reached out, putting his hand on her head to pray.  She began to sway and stumble back.  He tried to catch her and ended up falling over the railing – his head on the floor and his feet hung up on the rail.  It was quite funny.   She was a precious lady who loved it when we came to visit.  I gave her rides to church or elsewhere sometimes.  One of her standard expressions whenever we turned a corner was; “Swing around the corner like a hinge on a gate”.  She was very energetic and loved to help when we had fundraisers, like making and selling peanut brittle.  She helped me when fruit canning time came around.

Lyle Whipple started coming to our church on 2nd Avenue.  Then he invited a friend, Stella, and eventually married her.  They had a little boy, Eric.  Fifty years later, Lyle is still a friend who attends church with us and remembers Gene with a gift every Christmas and birthday.

A very poor family lived just down the block.  This was a single Mom with three little girls. They started attending church. I was amazed when visiting their home; the rooms were bare except maybe a mattress on the floor and stacks of clothing in corners – very possibly given to them, and hardly any of them wearable. The ladies of the church took the girls under our wings.  We provided what we could.  I took care of the girls one week for their Mom and spent quite a bit of time helping them. Some of us sewed matching dresses for the girls to wear on Easter.  Their Mom was nearly deaf.  A few years down the road (1976), one of the girls came to us in pain.  We thought perhaps she was having appendicitis.  I took her to ER at Good Samaritan.  On examination, they found she was pregnant and about to deliver.  Her Mom thought she was just getting fat.  She had not suspected and, even Dale, was unaware or at least unsure she was pregnant. The baby was a boy, 6 pounds 4 ounces.

One evening, in 1968, Rudy Ripoli, our Sunday School Superintendent, knocked on Gene’s office door at 423 2nd Ave NE.  At Gene’s response to “come in”, he opened the door just enough to poke his head in and say, “It’s no good, Brother Ziemke, it’s no good”.  He went on to explain that the Doctor said he had a malignant tumor behind his eye that would have to come out.  It would mean losing that eye. 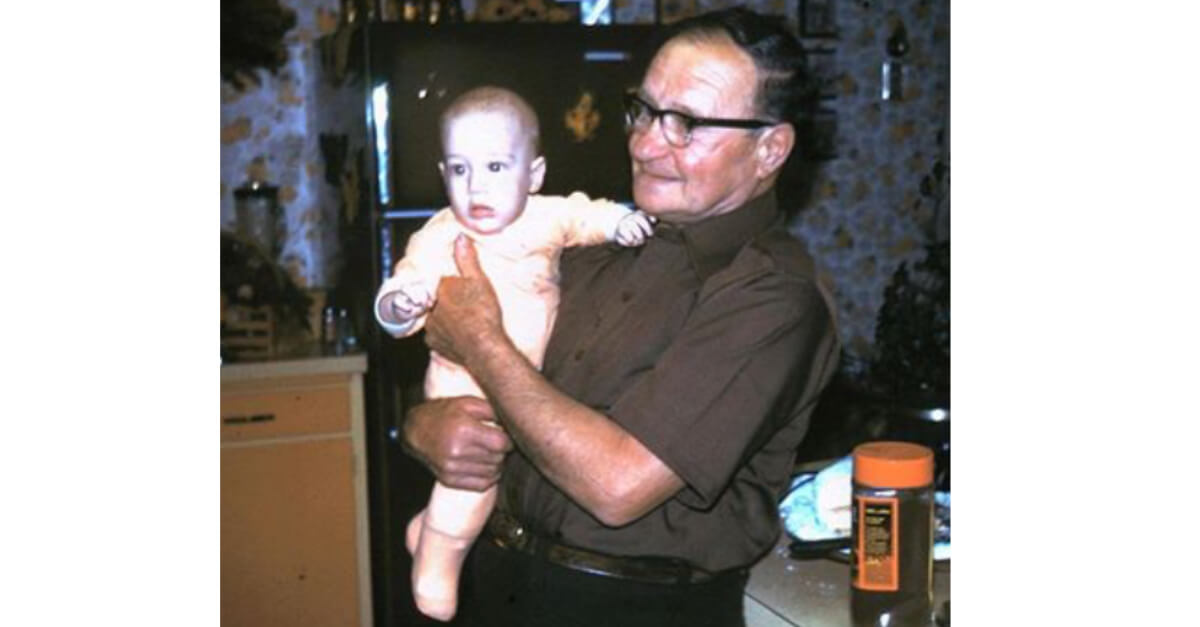 We called the church to fast and pray for him.  When we knelt by our wooden theatre seats to pray for him that Wednesday night, I could do nothing but thank God for healing him.  The next morning, Brother Ripoli called to say he had gotten up in the middle of the night, went into the bathroom where blood and clots came pouring out of his nose into the sink.  A further doctor exam showed there was no more tumor.  Praise the Lord!

Previous: Putting It All Together

Next: World Of Pentecost Tent Reunion