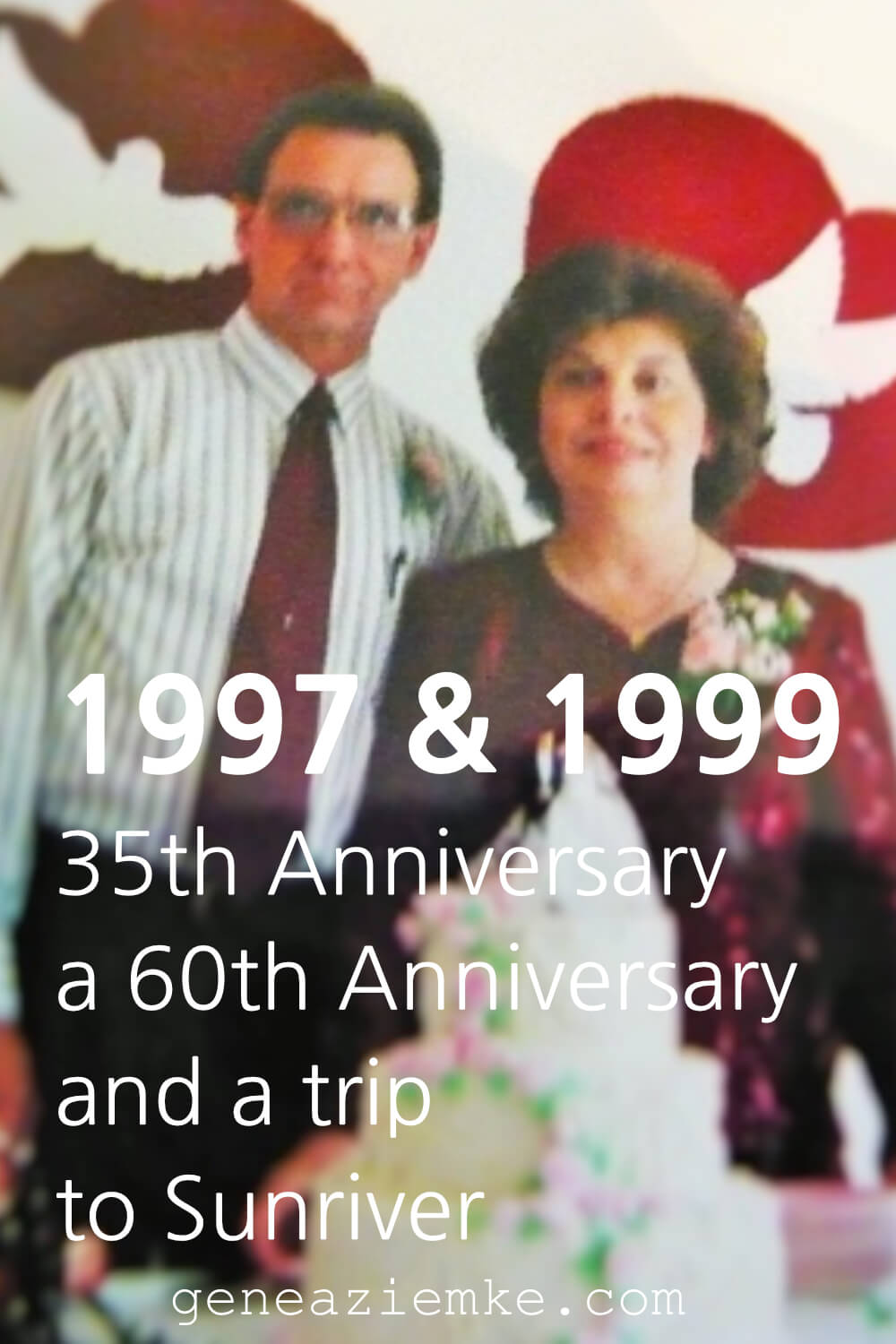 Our 35th wedding anniversary found us in our new Milton house. We had moved in the year prior and were taking our time about furnishing it. The family room had been furnished but the living room was still empty and bare. We set up a cake table and put heart décor on the walls behind it and held an open house. Over 50 people came. Noreen Haynes made and decorated a nice cake. One of my fondest memories of that day was as follows. 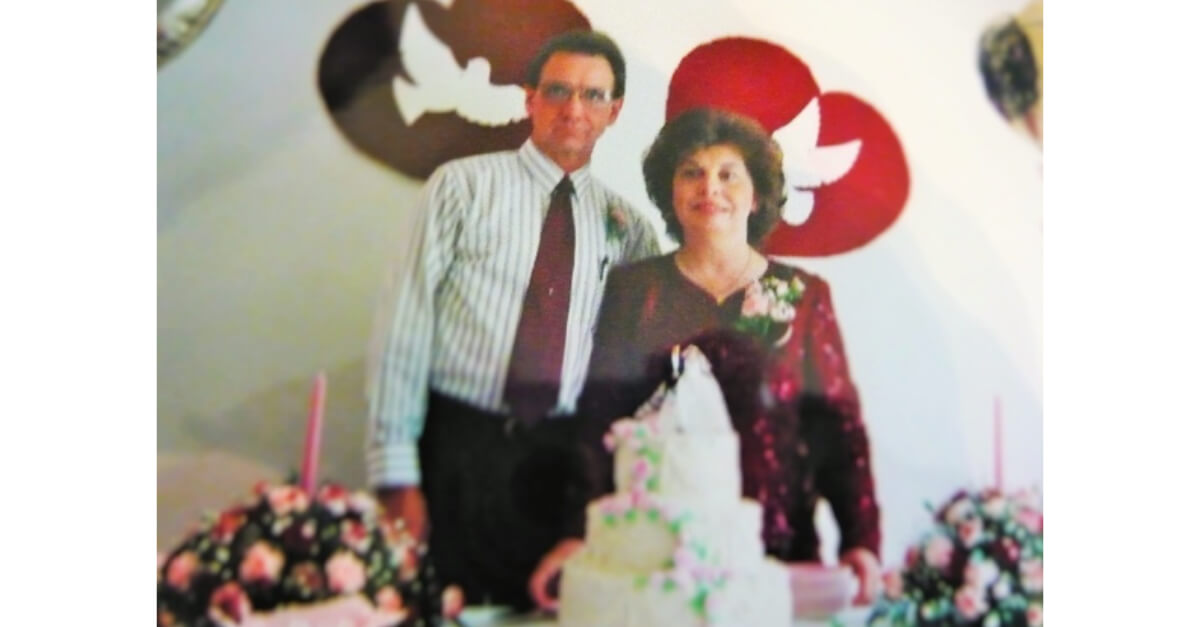 Brenda had come early to help with the preparations and Lindsey, not yet three years old, came with her and brought her dolly to play with. While we were busy in the kitchen, Lindsey was playing party with her dolly in the living room; giving her some of the cake (only a little from the corner). I loved it.  Noreen tried to fix the cake up a bit but it didn’t matter. This was a party and Lindsey and her dolly were the first partakers. 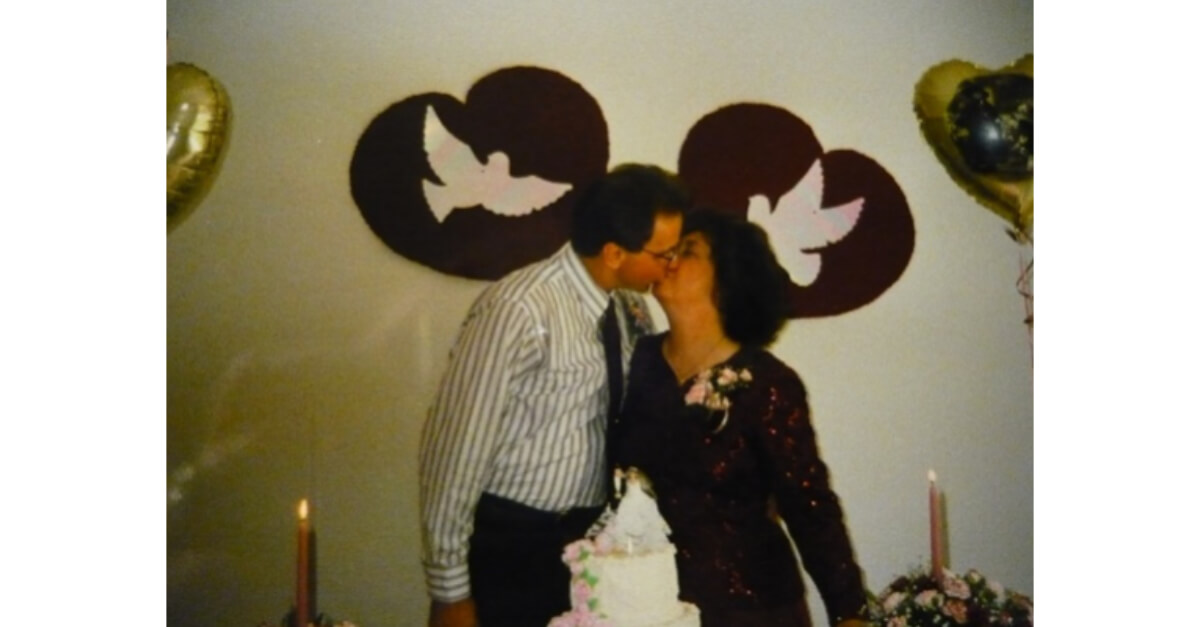 All of my brothers and sisters came the day before. Brenda and Brett had arranged for a limo, as a surprise, to take us all out to eat at Ruth’s Chris Steak House in Seattle. As it turned out, there was no room for Brenda and Brett to ride with us but they drove separately and joined us for dinner.

Our three kids paid for the whole thing. It was such a special treat. 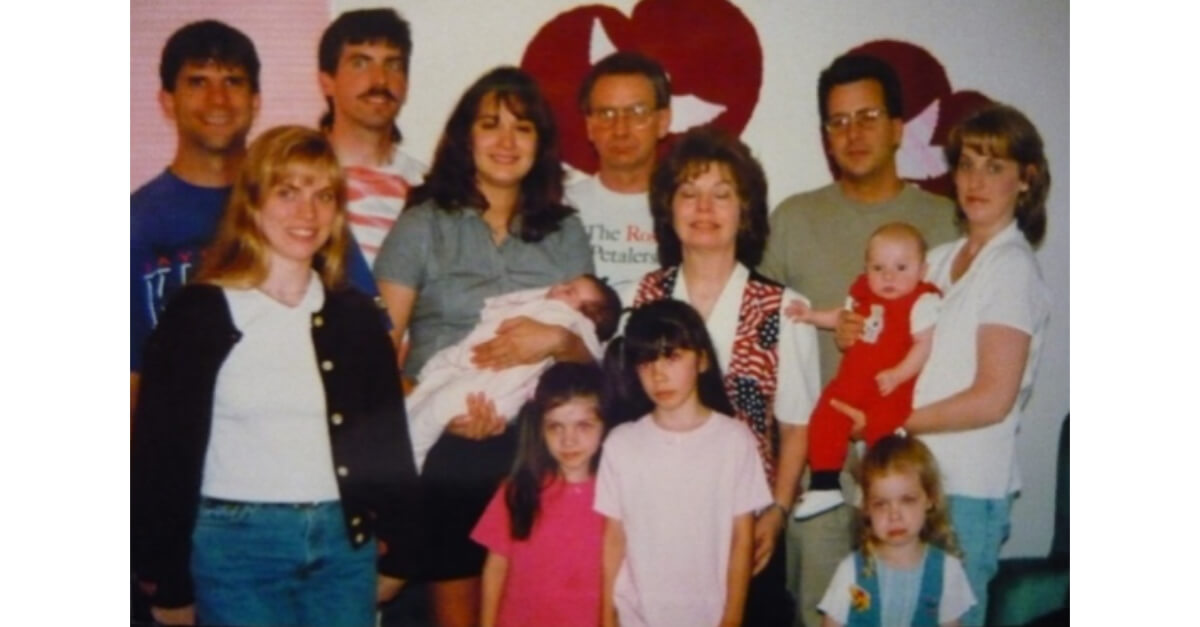 Alex and Darah are getting so grown up. Alex will be one April 1. He is walking now. He is at the stage where he isn’t interested in his toys except to throw them. It’s like he’s testing his strength. The other day, he picked up one of my one pound weights and lifted it above his head. We thought it was so cute because he is such a hefty little guy and it looked like he was already into weight lifting – but down it came with a crash as he threw it! I have a big yellow bruise on my hand from it now. Darah was wearing a soft brace to assure her hip stays in the socket. She has it off now except at night and shouldn’t have to have surgery as they predicted.

My parents, married in 1939, were celebrating 60 years of marriage. We rejoiced with them at Lavonne and Joe’s new home in Vancouver, where they had built an adjoining apartment for the folks. The great grandchildren, who were old enough, (Destinee, Danielle, Lindsey, Robbie, and Mikayla sang “You are my Sunshine” and “Daisy, Daisy, Give Me Your Answer True”. We siblings and spouses sang some old time songs about Iowa. 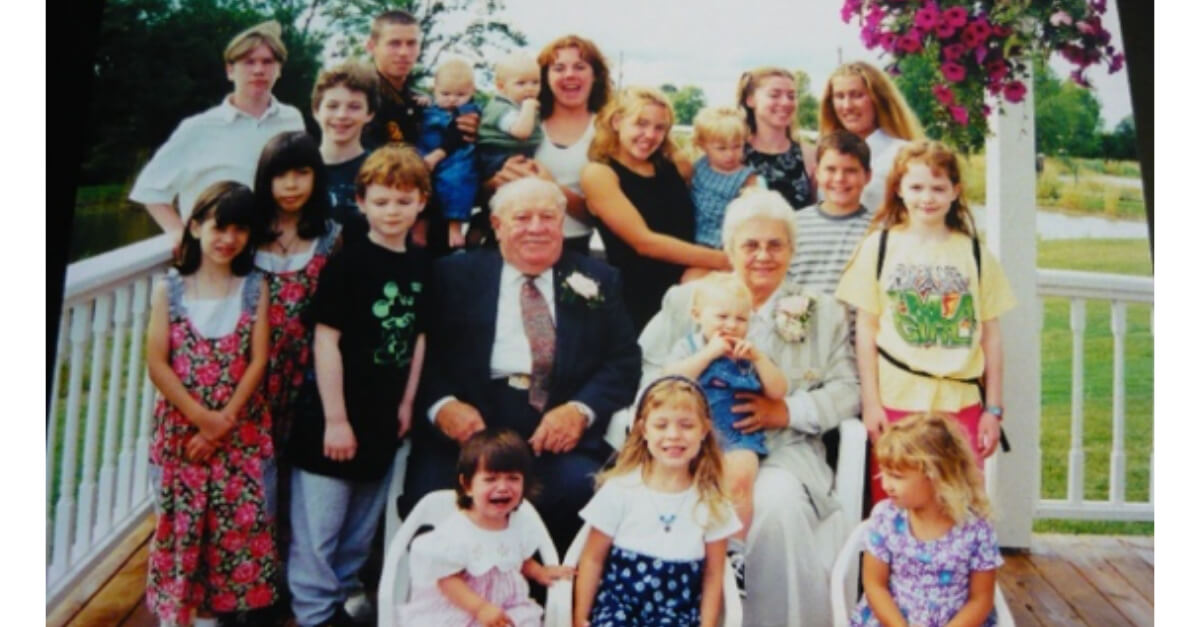 The grandkids present at Mom and Dad’s 60th anniversary 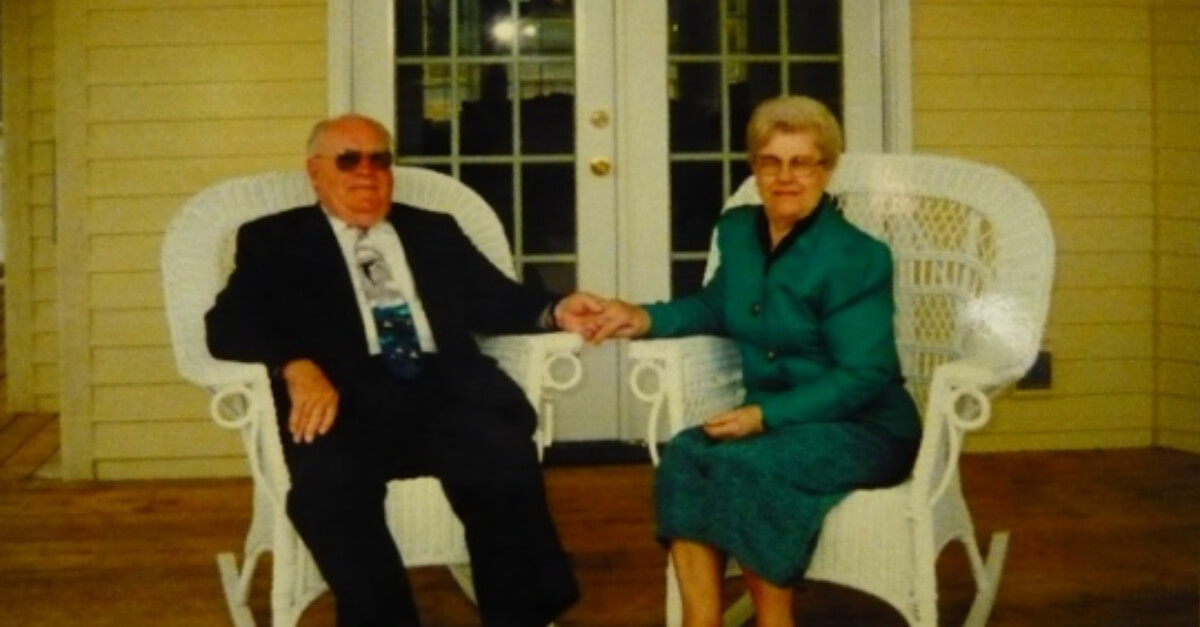 Shortly after, still in August, 1999, we decided to treat the family to a vacation in Sunriver, Oregon. It cost us $1000, which we had saved from a good season of the Rose Petalers. Bridget decided not to go since Steve couldn’t get away. Those who went were, Brenda and her two kids, Josette and her three kids, and my Mom and Dad. Brett came later for two or three days. The day after we arrived, Bridget and Steve called to say they were expecting their first child the following March 22 or 23. The rest of us hiked, walked, pushed the baby jogger, shopped, skated and swam.  We looked up our old house and the places we had worked, gone to church, etc. when we lived in Bend.