Ten years ago a well known Pastor said: ” The Church in America must admit, the culture has changed us rather than the Church changing the culture.” (Here we are in 2014 and, sadly, the cultural deterioration has intensified.)

Especially in the last four decades, there has been a deliberate and systematic, insidious erosion of “absolutes” in Society that has negatively affected the Christian Community.

We must return to the dis-guarded values of the past – i.e. “morality, righteousness, honesty, integrity, and etc”!

It’s time for “Christianity to be a Thermostat and Not just a Thermometer”!

We are to be “agents of change” for God and good!

“My friends, we didn’t just mark time, we made a Difference!” (President Ronald Reagan)

It’s past time for Christians to “step up to the challenge and make a Difference”!

It seems to me that the grace and mercy of God is giving U.S. a ‘window of time’ and opportunity to turn this ship around and STOP the moral skid from being sucked into an irretrievable vortex of hell and destruction.

The Bible admonishes and warns: The wicked shall be turned into hell, and all nations that forget God. (NKJV, Psalms 9:17)

The Positive side is: Blessed is the nation whose God is the Lord, the people He has chosen as His own inheritance. (NKJV, Psalms 33:12)

Hopefully the following Cultural Cycle will serve as a wake up call to all of U.S.

About the time our original thirteen states adopted their new constitution in 1787, Alexander Tyler, a Scottish history professor at the University of Edinburgh, had this to say about the fall of the Athenian Republic some 2,000 years earlier:

“A democracy is always temporary in nature; it simply cannot exist as a permanent form of government.”

“A democracy will continue to exist up until the time that voters discover they can vote themselves generous gifts from the public treasury. From that moment on, the majority always vote for the candidates who promise the most benefits from the public treasury, with the result that every democracy will finally collapse due to loose fiscal policy, which is always followed by a dictatorship.”

“The average age of the world’s greatest civilizations from the beginning of history, has been about 200 years. During those 200 years, those nations always progressed through the following sequences:

I have formatted these stats into a visual cycle as demonstrated in the following illustration: 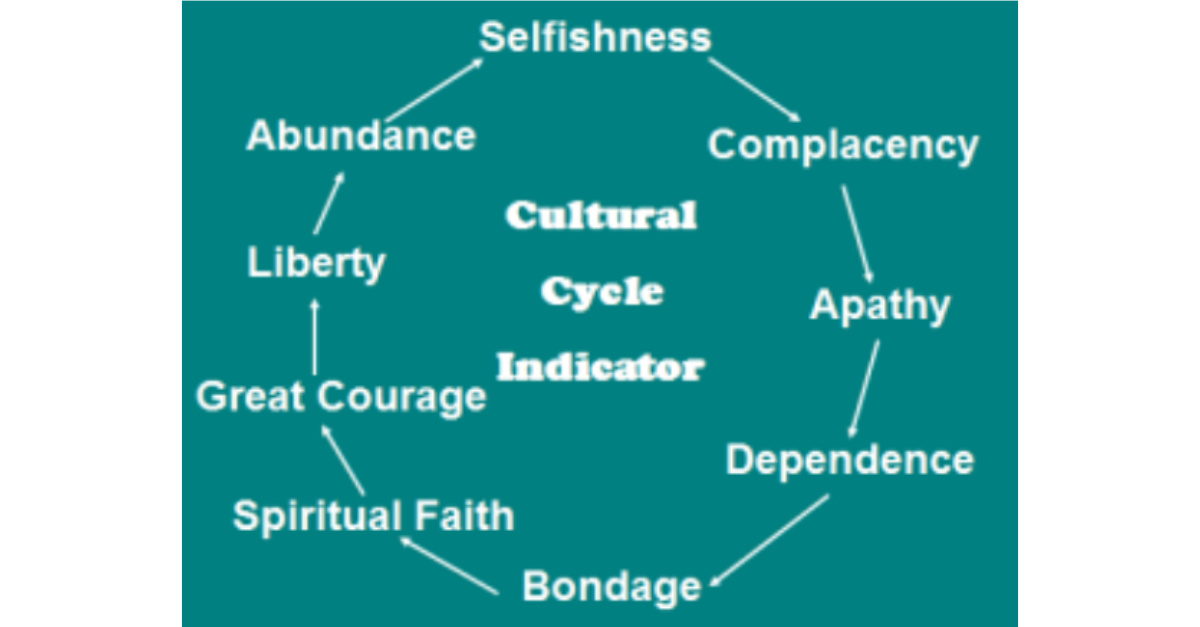 Time is of Essence! Let’s Embrace it Wisely. NOT Waste it!