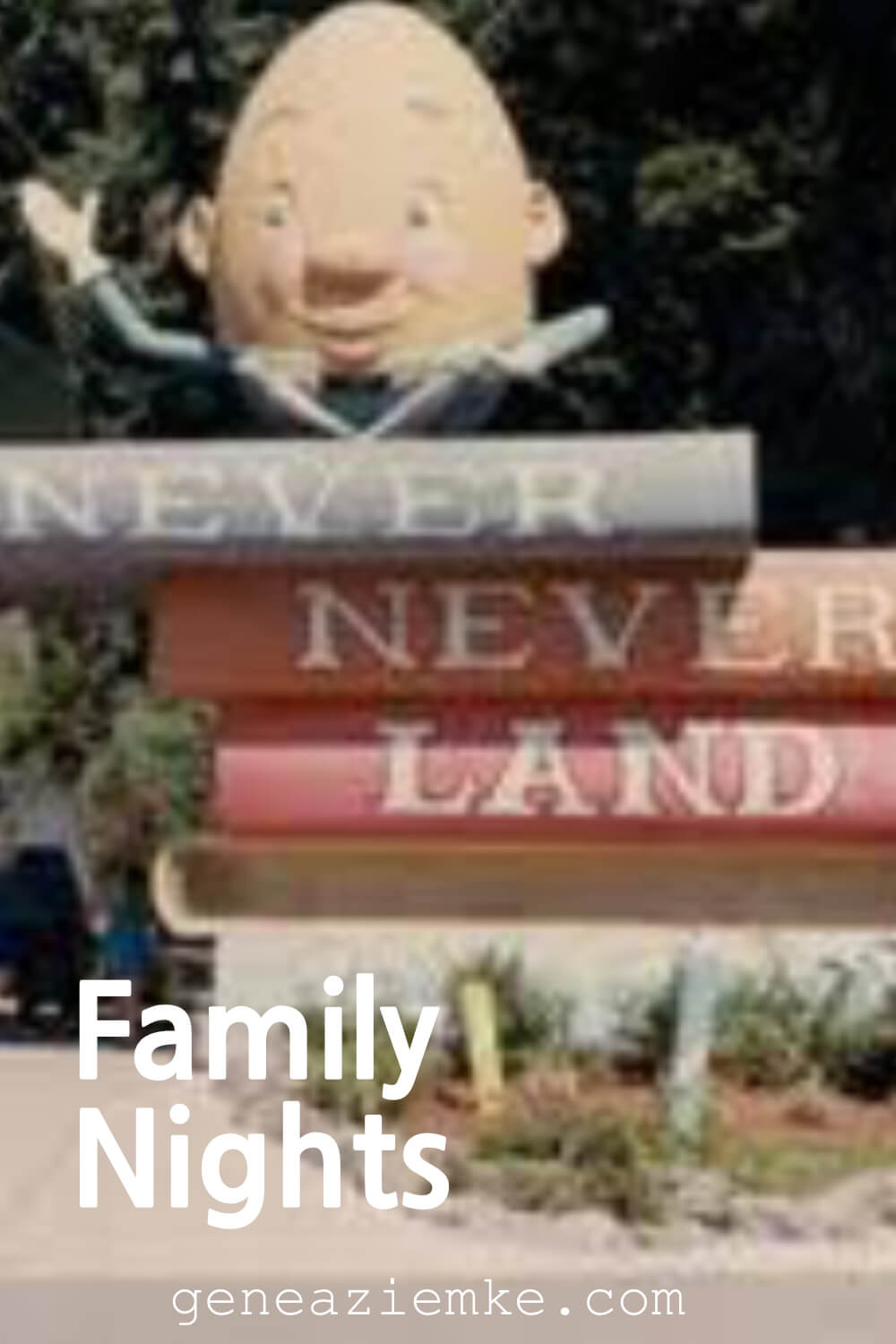 Our children were of utmost importance to us.  Each was dedicated to the Lord as babies.  Even with our busy lives, we tried to keep Monday night as “Family Night”.  The kids loved it.  When they were very young, they would wrestle with Daddy on the floor, take rides on his back, and then pray together.  If we took them shopping for new shoes or jackets instead, they still wanted to come home and do some wrestling.

As time went on, sometimes we’d just stay home to play games or watch films and have popcorn.  Other times we’d go out to eat, putt-putt golfing, skating, bowling, or even take the whole day and go to the snow in the mountain (Rainier or the Olympics) or to the beach.  If the fair was on, that’s where you would find us.  Other places we visited for family day were Silver Lake, Northwest Trek, the San Juan’s and Whidbey Islands, Seattle Center, and Enchanted Village.

A couple of times, we rented a cabin on the way to Paradise at Rainier, hiked, fed deer, sledded, and visited the exhibition center. Gig Harbor Beach Basket restaurant and shop was fun, after which we toured the USS Missouri in Bremerton and brought the ferry back to Seattle.  Another time we visited the Hoquiam castle, picnicked, and then took the ferry to Canada where we saw miniature world, the car museum, and the land of little people.

We went to a Cruze Brothers’ concert.  There was Ye Old Farm train ride for kids and the trout farm where they caught fish. We went out on Brickles’ boat.  We camped at American River with the Hauser’s and Leonard’s. We had fun at Island Lake Campground, boating, swimming, and staying overnight.  For a summer or two, we had three-wheelers to use on the mountain trails.  Our friends, the Brickles, took us snowmobiling.

Big Scoop, Pietros Pizza, Pizza Hut, and Shakey’s were some of our favorite places to eat.  In 1982, we took the whole family to see “Annie”, the Musical, in Seattle.

At one time Gene had a 1974 rust colored pickup and painted a trailer to match.  It held our three-wheelers.  Gene and Brad took them to the mountain trails to ride.  It was such a neat set-up.  He was into buying and selling and we didn’t keep it for long.

After we got the 40 acres, we had some family nights there to walk or play catch, but more about the 40 acres later.  I won’t say family night never got interrupted but, if it did, we tried to at least do something or make up for it when we could.

Previous: The Goodness And Severity Of God

Next: Give Me A Man