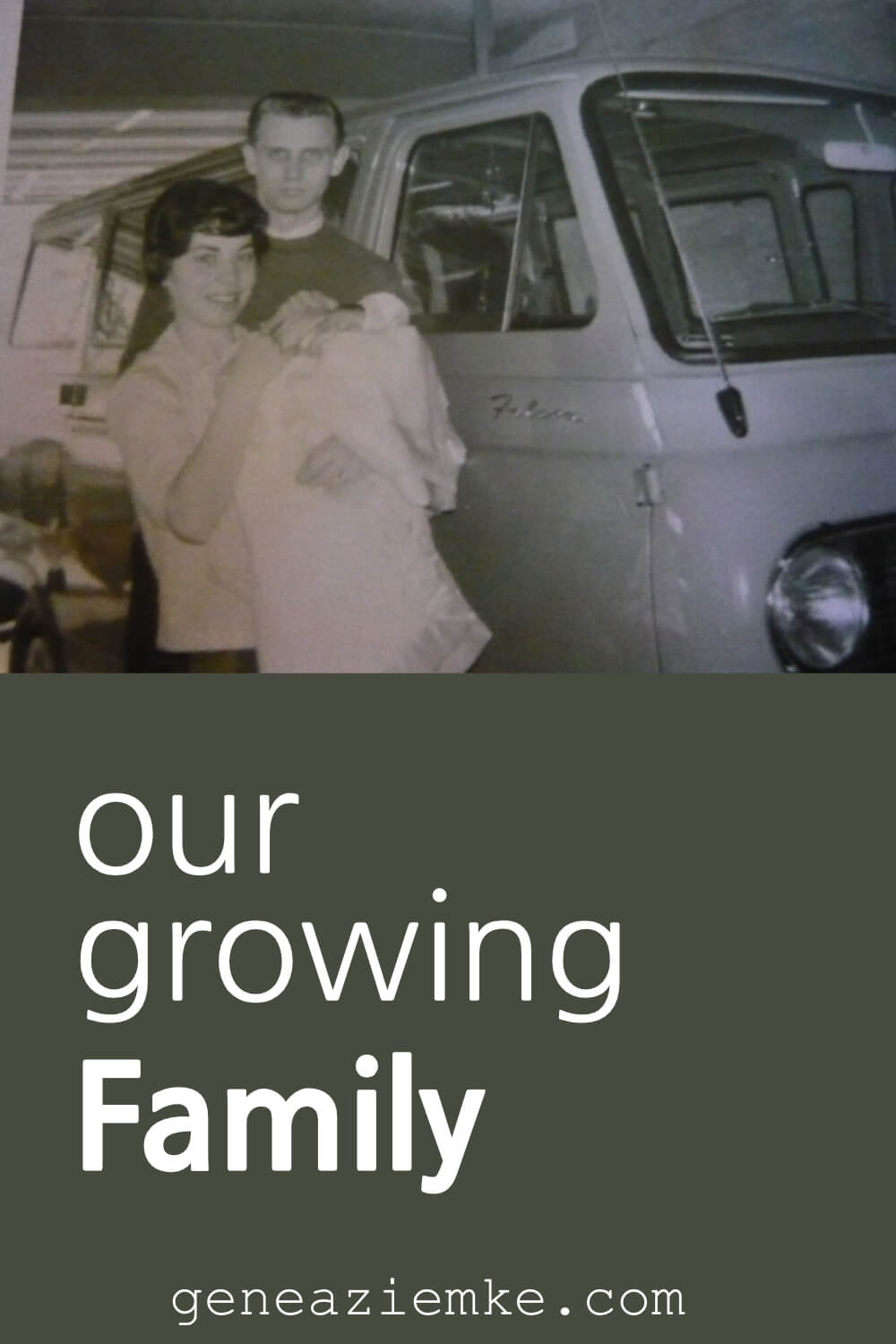 My labor with Brenda was at least 24 hours.  She was turned wrong which made me have extreme back pain.  Pastor Emmanuel in Racine came and prayed for me.  I hyperventilated and my hands and arms went stiff.  Once, when a nurse came to check on me, I was so desperate I said to her, “If you pray, would you pray for me now?”  She only said, “If you have God, you have more than most people,” and then just held my hand.  Later, I learned she was a missionary home on furlough.  Brenda was born January 31, 1965.  We stayed with Mom Ziemke until she was two weeks old and then went on to our next revival, which was in Eau Claire, Wisconsin.

We are enjoying Brenda more every day it seems.  She is sleeping better at night too.  I’ve started bathing her at bedtime; then she usually sleeps 4 – 6 hours before waking up to be fed.  Her Daddy has to rock her to sleep sometimes though.  She always squeals before she starts crying and it sounds something like rolling squeaky furniture around.  In fact, a couple times, I had to listen carefully to tell whether it was her or the people in the next apartment moving furniture on squeaky rollers. Ha.  Gene got a darling little white dress, hat, and jacket to match for Brenda to be dedicated in this Sunday, for the amount you sent.

I was a quiet person and it was new to me to have a baby in church.  She made little noises in her sleep or when she stretched that brought attention our way.  I had to get used to that.

We had started traveling in our 1964 Chevelle Super Sport.  When Brenda came along, that year and a half later, in January 1965, we decided we needed a larger vehicle.  We bought a green Ford van we called the “jolly green giant” from friends who owned a Ford dealership in Thorpe, Wisconsin.  It wasn’t well insulated but it gave us room to haul a port-a-crib and folding changing table as well as our luggage, accordion, etc.  The motor was between the two front seats.  We mounted a baby car bed on that and hung a curtain between the front and back to help keep the heat in. 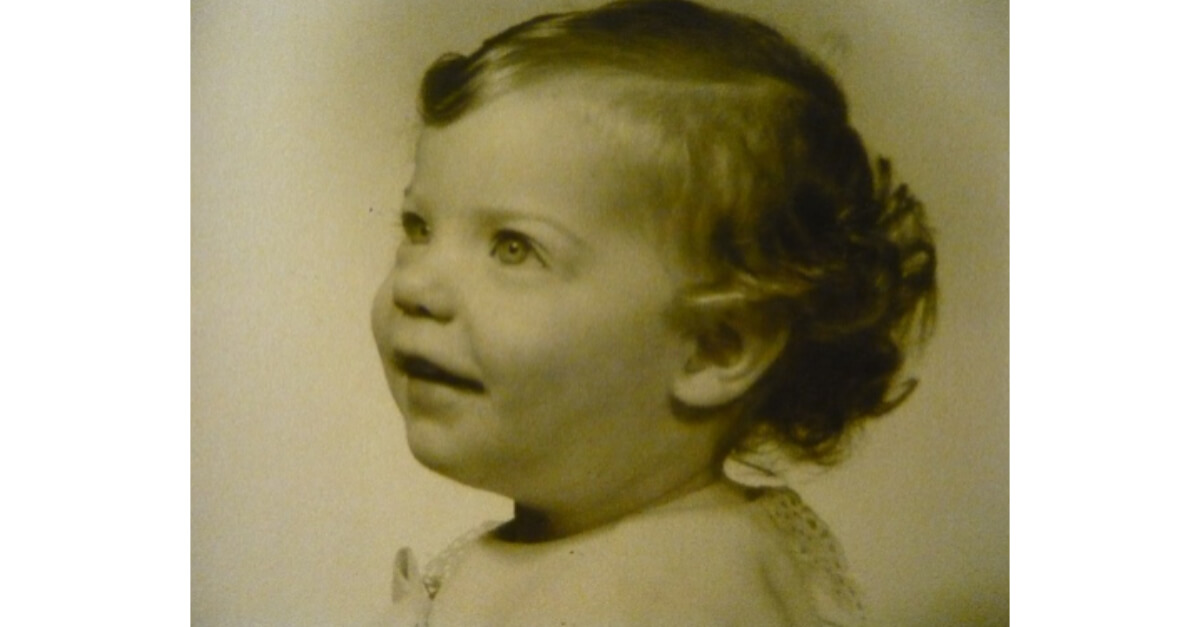 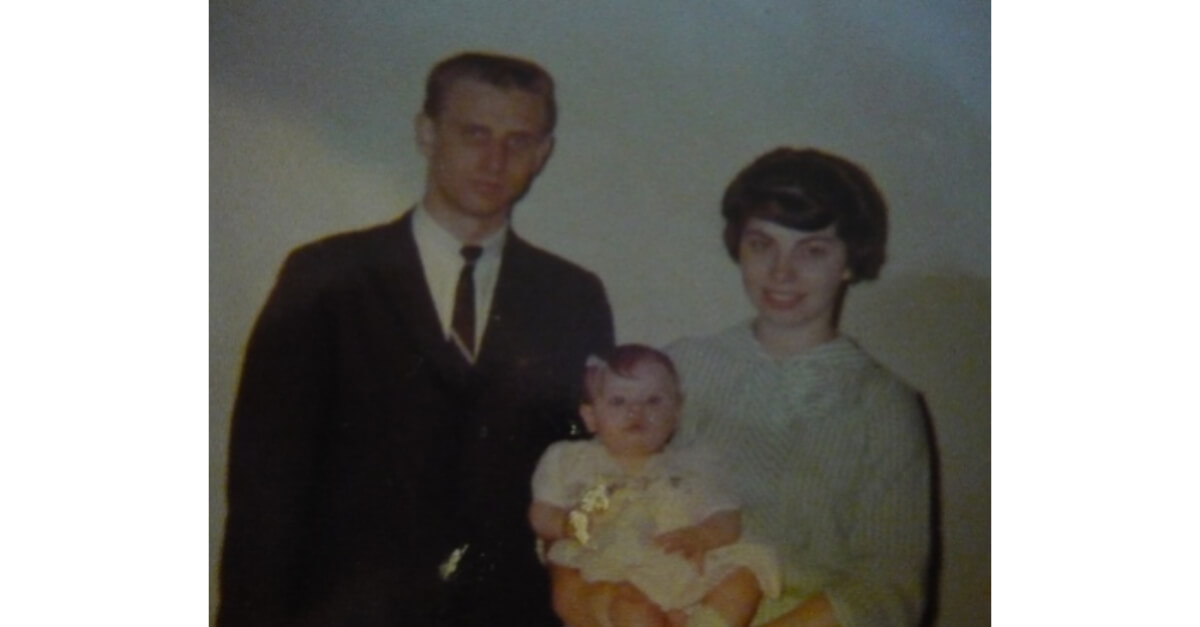 When Brenda was very small, we traveled from the Midwest to the Northwest and ran into snow.  There weren’t many cars on the road and some of the ramps were drifted over.  We did get stuck on a ramp but there was a snow plow close.  When they found out we had a baby, they cleared the way for us to get on through. 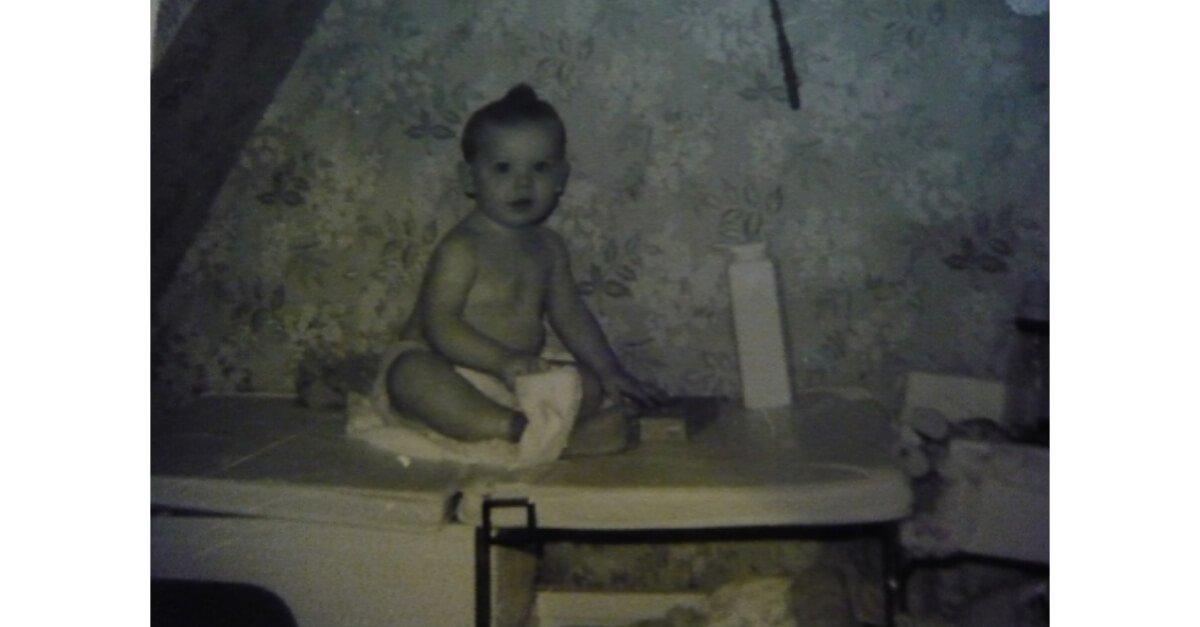 I’d wash, starch, and hang Gene’s white shirts to dry; then sprinkle and iron them.  In Canada, the pastor’s wife had her clothes line rigged up so you could hang things from one spot on the porch just outside the kitchen door and the line went around on a pulley.  The clothes hung high in the cold air and came in smelling great.  Once, I got in trouble with a pastor’s wife for scratching her new iron.  I didn’t really believe I had anything to do with the scratches until I realized Brenda’s little jumpers had zippers that I had probably gotten too close to.

It was a bit of a challenge to have a baby at church every night.  She was a good baby, however, and I found that if I kept an attitude of attentiveness to the service, she didn’t demand a lot of attention and was pretty quiet.  When she started crawling and walking, it was a challenge to keep her between the pews.  I sometimes had to take her to the back of the church.  I kept her warmly dressed with tights and warm dresses or jumpers I made from corduroy.

When we visited the Racine church again, Mary Jo Meredith made Brenda several pretty little church dresses.  Brenda didn’t have a lot of hair so, until she was a few months old, I put bows in her hair with a small bit of scotch tape.

We stopped in Bloomington on the way from Gary to Frankfort, Indiana and saw Uncle Dick there too.  It was a real hot trip…one of those days you long for an air conditioned car.  Brenda is sitting on the floor here, laughing and entertaining herself.  Almost everywhere we go people say she’s the best baby they’ve ever seen – not fussy and good in church too.  But she gets tired of her toys and would like to tear up a fan or play with a song book. She weighs around 19 pounds at 6 ½ months.

Wherever we went, people were enamored by little Brenda and she would often get a new dress as a gift.  Such was the case in Gary, Indiana when she was about 15 months old.  It was Easter.  We hadn’t bought ourselves anything new for Easter but got Brenda new black patent shoes, white anklets, and black bows for her hair.  A deaf lady in the church there gave her a darling pink dress with a big white collar and black trim across the front.  She really looked sweet.  We finally got her a purse, inasmuch as she loved them and would walk around with anybody’s purse over her arm just like she was an old hand at it.

It was a security to Brenda to always have the same bed, even though we were always somewhere different.   She was very cute and had such beautiful eyes.  She loved taking all of the diapers out of the diaper hanger hung on the changing table.  Once she crawled into an open suitcase when we were packing up to leave a place and I took her picture.

Before she learned to talk, Brenda would jabber away with expressions on her face as though she knew what she was saying and we should too.  Then she’d wait for our response.

It was always a challenge to let Mom know where we would be in the weeks ahead so that she could send us a letter there.  We loved to get mail and would read the letters over again two or three times.

We are in Ashland, Wisconsin, right next to Lake Superior.  Yesterday, Gene brought home an Instamatic 104 Camera for me – just what I had wanted so I can take pictures indoors.  The flashbulbs come 4 in a little cube which you just plug in the top of the camera – you snap a picture the flash goes off and the cube turns itself so another bulb is in place for the next picture.  When all 4 are used, you just eject it, throw it away and put another cube on – real neat.  He says it’s my Christmas present.

Gene loved the evangelistic field but hated the packing and unpacking every week or two.

The other night as Gene was preaching a message on “TIME”, and how it keeps going on – all I could think of it seemed, was our family, my childhood with a young mother and father, and now my going into adulthood and your having increased that many years in age.  Sooner than we think, if the Lord tarries, Brenda will be entering adulthood; Gene and I will be about your ages, and you will have increased that many more years in age.

I thought too of what a wonderful childhood you gave me; a life filled with love and working together, indebted to each other and the Lord intertwined in the pattern of life.  I always felt a sense of security and had assurance that I had a stable force to depend on, backing me up in every way.  At the time we take those things for granted, but I see now that there are and have been so many who have lacked any one or all of those things in life.  Someone recently told me that they were afraid, as a child, to come home from school each night as their father was a drunkard.  They never knew what to expect.

I also thought during the message of how much time Gene and I spend with Brenda.  The love we give her, the attention she demands, and how much a part of us she is; how much we have given of ourselves to her.  And I could just imagine my young father and mother, one with a baby on the shoulder and the other leading a little girl by the hand, and on through the years, loving and nourishing, teaching, caring for them and all the other things under the direction of the Lord until you gave those little hands to someone else and those lives to the world with the hope that they will be something good, and with prayers for their good.  It made me love and appreciate you both all the more. I wept practically through the whole message and just wanted to write and tell you thank you for all those things you’ve done and the love you’ve given.

Next: Watch Your Mouth